In computing, a system call (commonly abbreviated to syscall) is the programmatic way in which a computer program requests a service from the kernel of the operating system on which it is executed. This may include hardware-related services (for example, accessing a hard disk drive), creation and execution of new processes, and communication with integral kernel services such as process scheduling. System calls provide an essential interface between a process and the operating system.

The system call is the fundamental interface between an application and the Linux kernel.

A Library with Wrapper Functions as an intermediary

System calls are generally not invoked directly, but rather via wrapper functions in glibc (or perhaps some other library). For details of direct invocation of a system call, see intro.

Often the glibc wrapper function is quite thin, doing little work other than copying arguments to the right registers before invoking the system call, and then setting errno appropriately after the system call has returned. (These are the same steps that are performed by syscall(), which can be used to invoke system calls for which no wrapper function is provided.) Note: system calls indicate a failure by returning a negative error number to the caller on architectures without a separate error register/flag, as noted in syscall(2); when this happens, the wrapper function negates the returned error number (to make it positive), copies it to errno, and returns -1 to the caller of the wrapper.

By far the most widely used C library on Linux is the GNU C Library ⟨http://www.gnu.org/software/libc/⟩, often referred to as glibc. This is the C library that is nowadays used in all major Linux distributions.

The pathname /lib/libc.so.6 (or something similar) is normally a symbolic link that points to the location of the glibc library, and executing this pathname will cause glibc to display various information about the version installed on your system.

Symbolic constants for system call numbers can be found in the header file <sys/syscall.h>. 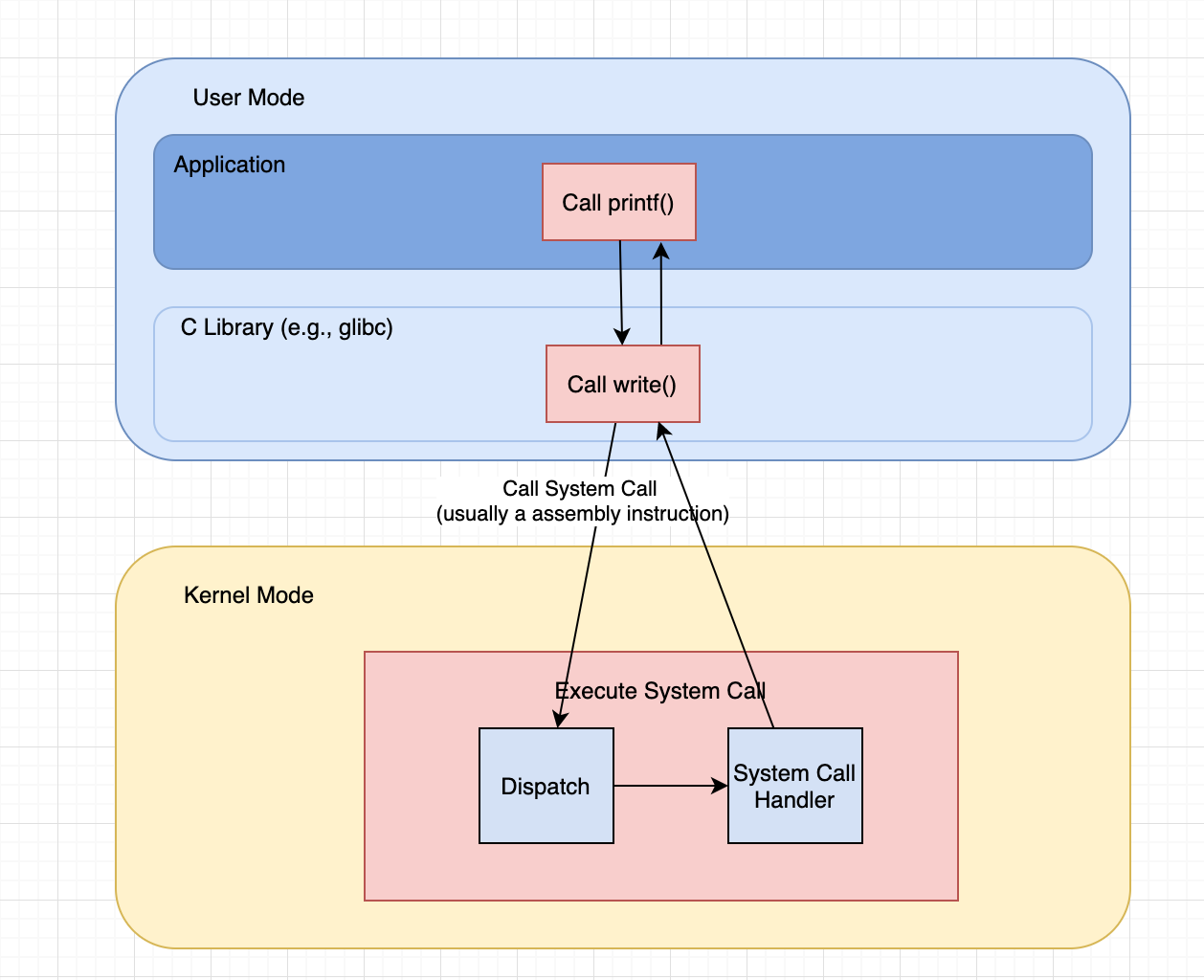 The call to the library function itself does not cause a switch to kernel mode and is usually a normal subroutine call (using, for example, a “CALL” assembly instruction in some Instruction set architectures (ISAs)). The actual system call does transfer control to the kernel (and is more implementation-dependent and platform-dependent than the library call abstracting it). For example, in Unix-like systems, fork and execve are C library functions that in turn execute instructions that invoke the fork and exec system calls.

On Unix, Unix-like and other POSIX-compliant operating systems, popular system calls are open, read, write, close, wait, exec, fork, exit, and kill. Many modern operating systems have hundreds of system calls. For example, Linux and OpenBSD each have over 300 different calls, NetBSD has close to 500, FreeBSD has over 500, Windows 7 has close to 700, while Plan 9 has 51.

Implementing system calls requires a transfer of control from user space to kernel space, which involves some sort of architecture-specific feature.

A typical way to implement this is to use a software interrupt or trap. Interrupts transfer control to the operating system kernel, so software simply needs to set up some register with the system call number needed, and execute the software interrupt.

System calls can be grouped roughly into six major categories:

A running program needs to be able to stop execution either normally or abnormally. When execution is stopped abnormally, often a dump of memory is taken and can be examined with a debugger.

Some common system calls are create, delete, read, write, reposition, or close. Also, there is a need to determine the file attributes – get and set file attribute. Many times the OS provides an API to make these system calls.

User programs request the device, and when finished they release the device. Similar to files, we can read, write, and reposition the device.

Some system calls exist purely for transferring information between the user program and the operating system. An example of this is time, or date.

The OS also keeps information about all its processes and provides system calls to report this information.

There are two models of interprocess communication, the message-passing model and the shared memory model.

This system call runs when an executable file in the context of an already running process that replaces the older executable file. However, the original process identifier remains as a new process is not built, but stack, data, head, data, etc. are replaced by the new process.

The kill() system call is used by OS to send a termination signal to a process that urges the process to exit. However, a kill system call does not necessarily mean killing the process and can have various meanings.

The exit() system call is used to terminate program execution. Specially in the multi-threaded environment, this call defines that the thread execution is complete. The OS reclaims resources that were used by the process after the use of exit() system call. 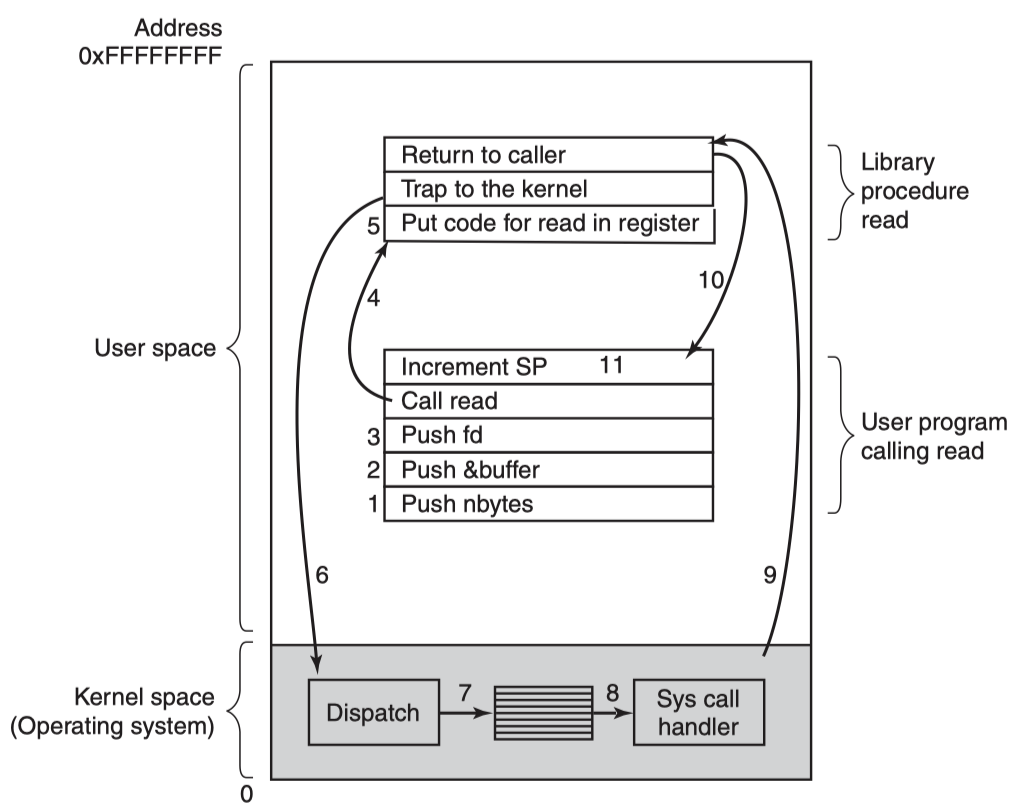